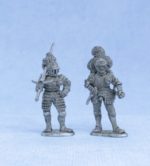 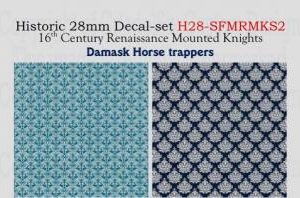 The first figure wears a very interesting armour now in the Wallace Collection in London. The armour has the look of slashed landsknecht clothing rendered in steel and he wears a burgonet closed helmet and has a Zweihander upon his shoulder.

These figures have heads attached and most weapons are cast separately for assembly to the figure.