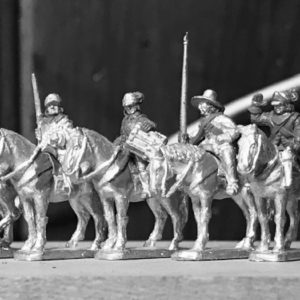 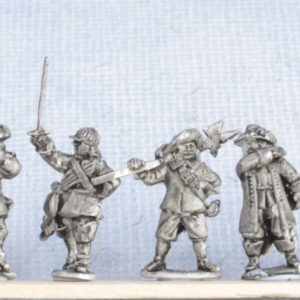 ECWH 11 Royalist Horse (1)
These represent the bulk of early war Royalist horse, with many lacking equipment. Some have no armour other than a sword as described by one contemporary source. Others have a buffcoat, breastplate or helmet but not all three. This was not necessarily because they could not afford it, but reflected their preference for the comfort of lighter equipment, as many men though the centuries have done.
These are best suited to Royalist horse with their galloping horses and drawn swords fighting in the Swedish style as they did at Roundway Down 1643, but they can be used as Parliament troopers as well.