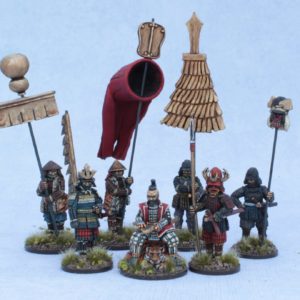 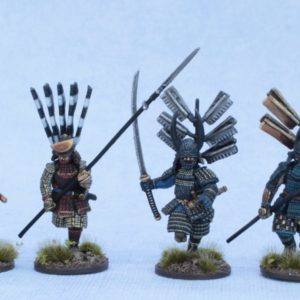 Kato Kiyomasa is depicted in later life, when according to paintings he wore a long pointy beard. He wears one of his trademark armours with a catfish tail kabuto.

Kato Kiyomasa was a known as a fierce warrior and expert castle builder, he was very loyal to Hideyoshie.