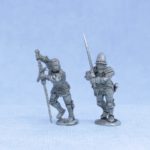 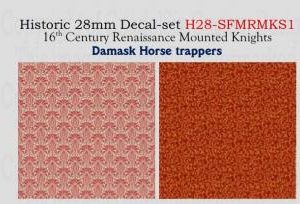 The first figure has a cheaper armour that would have been common among mercenaries in the early 16th century. He wears a visored sallet and carries a large Zweihander.

The second figure could also be used in the very late 15th century; wearing an unusual kettle helmet with a full face bevor, which had associations with use in the Spanish peninsular.

These figures have heads attached and most weapons are cast separately for assembly to the figure.