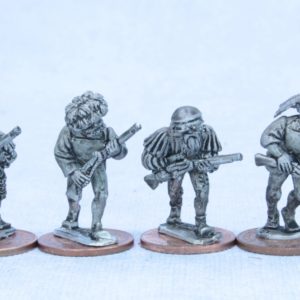 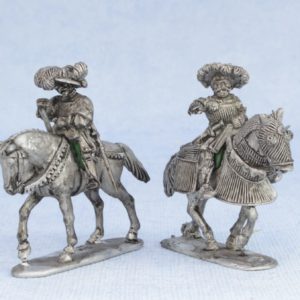 Light Cavalry in 1/2 armour and coats, with sallets, carrying lances.

These figures are based on European mounted troops who typically fought as supporting ranks to Gendarmes and knightly classes. They were slightly less armoured than the full harness of knights. They could be termed archers or coustillers, in French armies and similar mounted cavalry appear in most European armies. They were later superseded by the Chevau-légers in French armies in the Italian Wars around the 1530s.

These can also be used as standard bearers – if you wish to replace the lances provided with steel spears for flags, please let us know with your order.