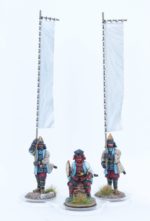 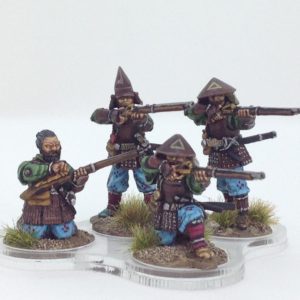 This model portrays Tokugawa at the battle of Sekigahara 1600, where he led the successful Eastern armies.

The pack contains the commander with two bannermen with two brass nobori and steel spears.

Clear plastic display base is not included.

We also sell decal sheets for the forces of Tokugawa Ieysau.