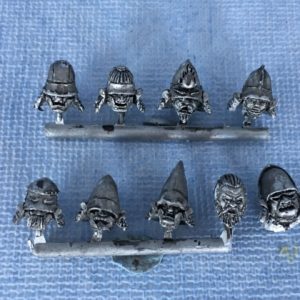 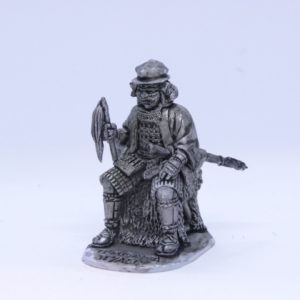 Mounted daimyo wielding sword and wearing a kabuto. This is a one-piece casting with 2 separate heads. One represents either Fukishima Masanori and Kuroda Nagamasa wore, the two different helmets were very similar. The other head is modelled on Kato Yoshihaki.

Fukishima Masanori was a very fierce general who served Toyotomi Hideyoshi and later sided with the Tokugawa, he had a large contingent at the battle of Sekigahara in 1600 where he was denied the honour of starting the battle by Ii Naomasa who raced ahead and made contact with the enemy with his bodyguard.

Alternatively one of our other Samurai helmets can be used to create a generic daimyo.